Memoirs of a Herefordshire Goat

A 40 page full colour booklet is in three sections, each lavishly illustrated with colour photographs. 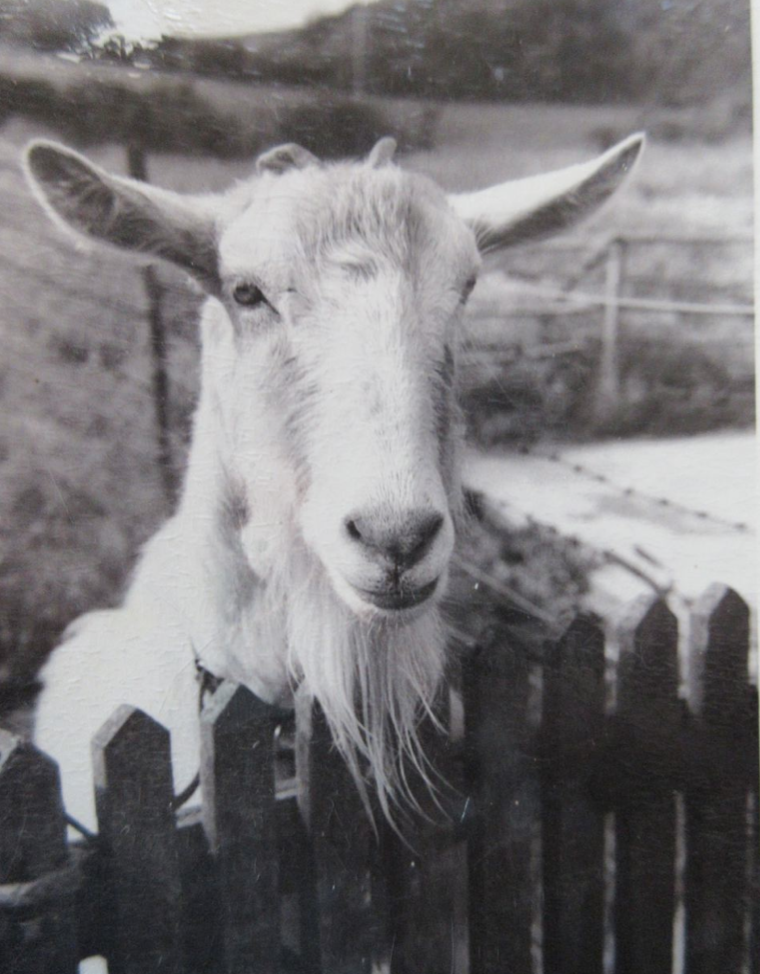 Ebenezer was a large neutered billygoat which we looked after while his elderly owner was on holiday. Her demise while away meant that the animal was effectively bequeathed to a somewhat reluctant Palmer household.

The animal was a mobile incident on four feet and his enthusiasm for escapes, and penchant for roses and paper led to many a confrontation with exasperated neighbours unsuspecting tradesman. His appetite for letters and small parcels, was, for example, quite legendary in the Ledbury postal sorting office.

The goat was a confirmed misogynist. Although he got on really well with blokes, provided they complied with his penchant for a butting bout, his attitude towards women was flaky to say the least, so most sensible gals would give him a wide berth.

However, he, and our then infant Matthew were great mates, and were very comfortable in each others company, toe nibbling when he was tiny, or just relaxing together.

It is difficult to suggest many positives for the animal. He was no doubt a real character - and a notorious rascal at that, so possibly the best that can be said is that the "snip" at an early age at least meant that those impetuous genes had no chance of re-inventing themselves.

He eventually succumbed to an overdose of barbiturates - his molars had been fully ground away, with declining grazing and mastication ability leaving him progressively thin.

But we think he had a satisfying 14 years of life.

All profits from sales are donated to Practical Action who provide advice and solutions to problems in developing countries.

Book shops, please email us if you would like to order multiple copies.